Hello! I am M M. My trip so far has been exciting. I will write about the most exciting thing I had in my trip so far.

On March 7th or 8th I went sledding with my host family. It was an exciting experience. I was thinking of what we were going to do today in the house. It was because my buddy Emma`s mother asked me that. I thought of playing Smash Brothers or board games again. Then, Emma`s mother said that we should go sledding. I was like "Wow! That is a good thing to do before the snow melts" because of this warm weather. When I arrived Iowa it was very cold. The temperature was in the negatives. However, since the third day it got warmer. I have not sledded for a long time so I was afraid that I was going to fall down.

Emma, Emma` little brother Kyle, Emma`s mother, Emma`s two other friends and I went sledding to Rosa bell because it had more snow than the hill nearby. My first sled for that day went quite well. I was confident of myself thinking that "maybe, I can sled without falling off from the sled". I was wishing that my guess would come true! When I sledded a couple of time, Emma`s friends came to sled with us. I was enjoying myself by that time. We thought of doing the most dangerous, but definitely the most delightful way of doing sledding. It was a way when there was one big sled in the middle and the four other people grab the rope of the big sled. I was on the little sled grabbing the rope of the big sled. When I tried for the first time, it was safe.

The second time, third time, fourth time, fifth time and so on was safe for me. I liked doing the way because it was safe! However, for the middle person and the two little person it was not too safe. They rolled over down the hill. I was then called the "safety queen" because I did not fall off my sled even for a single time. It was funny. I was making myself safe and not for everyone else. One time when I was sliding down the hill, I kicked Kyle`s head by accident. I did not notice that when I was sliding so I thought "That is strange". I apologized to him and he was alright so I was glad. Emma was called "Mrs. Wet" because she landed on a big puddle. I felt bad for her because It was really cold in the snow. The last time we did was not so bad. Everyone except for me landed safe. My hands hurt because of the coldness so I let go of the rope. I was safe though.

That was my story of the most exciting thing I did so far. I think this is the end of my letter. I hope my letter was fun to read. 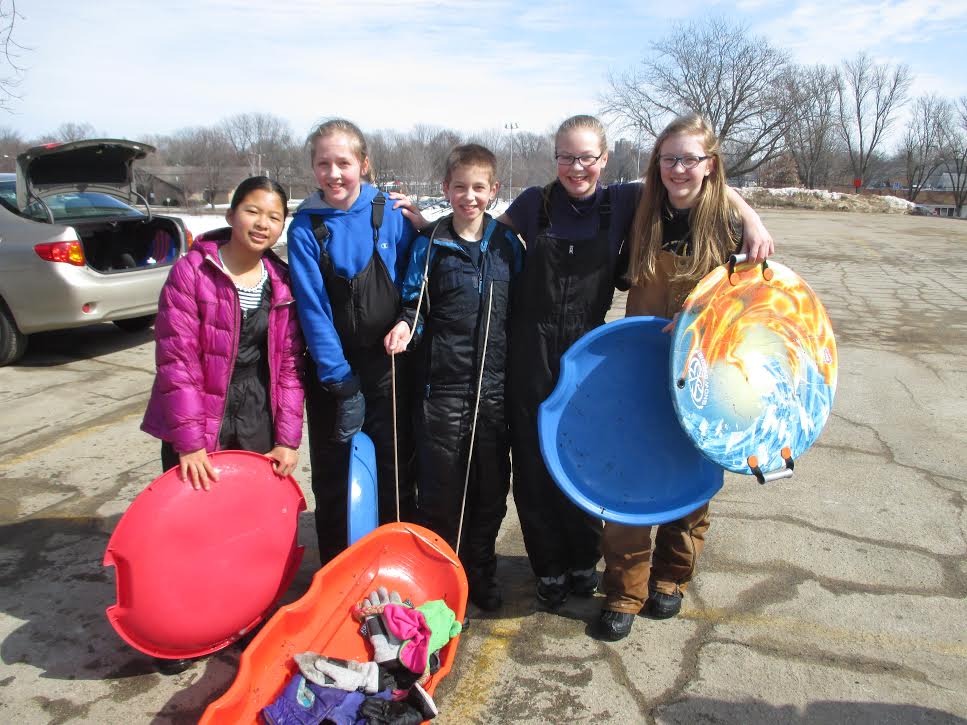